Madras was the shortened name of the fishing village Madraspatnam. The government of Tamil Nadu officially changed the name of the city to Chennai in 1996. During the expansion of British company Fort St. George; between 1668 and 1749, Chennai has become their administrative and commercial capital. By then, west and south of Chennai was prominently recognized as residential areas. The most distinctive buildings in the city are the seven large temples in the Dravidian style, situated in the city sections of George Town, Mylapore, and Triplicane. The palace of Mughal emperor and the university senate house in deccan Muslim sytles, and the Victoria Technical Institute and the High Court buildings, both in the Indo-Saracenic style, are generally considered the most desirable buildings of the British period.

Chennai is well-known for Hindu temples. Amongst, the oldest is the Parthasarathi Temple built in the 8th century by Pallava kings. The Kapaleeswarar Temple which was built in 16th century is dedicated to the Hindu god Shiva.Chennai is not only encircled with Hindu temples, but also famous for churches. One of the oldest churches in Chennai is Luz Church (1547–82). In addition, St. Mary’s Church (1678–80) was constructed by the British, which is considered as the foundation of first British church in India. Most may not heard the story of San Thome Basilica (1898), built over the tomb of the apostle St. Thomas; and Wallajah Mosque (1795), built by the nawab of Karnataka.

Chennai was turned into an important Naval base by the year 1790.The position of the English was made secure in South India. The period in between 1803 to 1827 represents consolidation and development of institutions. Several reforms in the administrative system were made during these years. Important improvement made to Chennai city during the first half of the 19th century was the progress made in the establishment of institutions for professional and technical education. English education in Chennai and established a body called Board of Public Instructions to improve and direct public education.

During the 19th century, Chennai has emerged as one of the leading regions for most businesses in south India. Chennai is well connected by road, rail, air, and sea. It has an international airport and seaport. Within the city a network of bus services and auto-rickshaws are common modes of transport. Since the late 1990s, software development and electronics manufacturing have made up the bulk of Chennai’s economy. Numerous technology parks, where many foreign companies have offices, are found throughout the city. Other major industries include the manufacture of automobiles, rubber, fertilizer, leather, iron ore, and cotton textiles. Wheat, machinery, iron and steel and raw cotton are imported and now, Chennai is being one of the advocacies of nation’s economic growth. 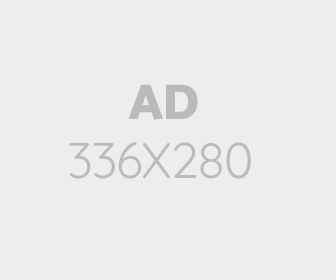 Subscribe our Newsletter Get our latest news and offers.